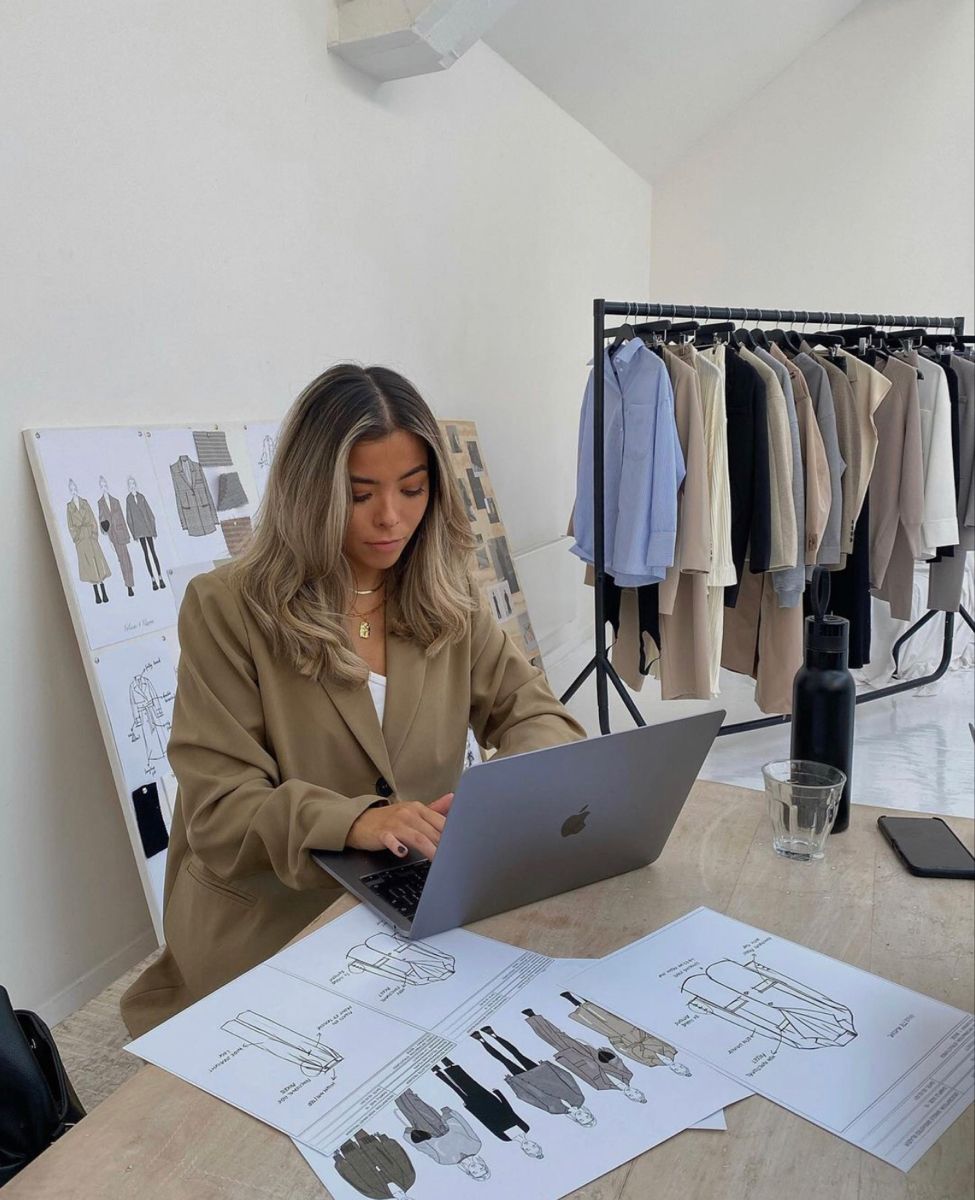 In this great article from Harvard Business Review, Nancy M. Carter and Christine Silva looks into Women in Management: Delusions of Progress.

The accepted message on gender disparity in the workplace has for the past 10 to 15 years been one of acknowledgment and reassurance: Yes, women represent just 3% of Fortune 500 CEOs and less than 15% of corporate executives at top companies worldwide, but give it time. It’ll change. After all, women also make up 40% of the global workforce, with double-digit growth in certain countries. They’re earning advanced professional degrees in record numbers and in some areas surpassing men. Companies have implemented programs to fix structural biases against women and support their full participation in leadership. Women are finally poised to make it to the top, the argument goes. Not yet, but soon.

If only that were true. New research by our firm, Catalyst, shows that among graduates of elite MBA programs around the world—the high potentials on whom companies are counting to navigate the turbulent global economy over the next decade—women continue to lag men at every single career stage, right from their first professional jobs. Reports of progress in advancement, compensation, and career satisfaction are at best overstated, at worst just plain wrong.

“Frankly, the fact that the pipeline is not as healthy as we’d thought is both surprising and disappointing,” says Jim Turley, the chairman and CEO of Ernst & Young, a sponsor of the research, which tracked more than 4,100 MBA students who graduated between 1996 and 2007. “Companies have been working on this, and I thought we’d seen progress. The last decade was supposed to be the ‘promised one,’ and it turns out that it wasn’t. This is a wake-up call for corporations.”

It’s especially disconcerting that, after a decade of aggressive efforts to create opportunities for women, inequity remains entrenched. Companies must acknowledge their failure on this front, learn why they haven’t succeeded, and come up with better programs to help talented women advance.

Even after adjusting for years of work experience, industry, and region, Catalyst found that men started their careers at higher levels than women. And that isn’t because women don’t aspire to the top—the finding holds when you include only women and men who say they’re aiming for senior executive positions. It’s not a matter of parenthood slowing women’s careers, either. Among women and men without children living at home, men still started at higher levels.

“Most companies’ systems are designed to be all about equity among a like group of jobs and roles,” observed Xerox chair Anne M. Mulcahy when we shared the results with her. “They’re not looking for inequity in terms of initial position.” Though well intentioned, “companies have gotten very good at managing grade levels and salary dispersions. If you come in the door in the wrong placement, those systems aren’t going to adjust the imbalance.”

Firms must consider how their talent management processes contribute to the problem. This is especially critical regarding first jobs, since they set the stage for all the inequities that follow. Assumptions about demographics and life choices—women leave to start families; women don’t aspire to upper management; regional differences skew the results—have become handy excuses for gender inequity in the management ranks, even putting the onus on female employees for the discrepancies. But our results suggest they’re red herrings that don’t account for why women continue to lag.

The Penalty of a Nontraditional Career Track

About 10% of the MBA graduates in our study left business and strung together jobs in a variety of other settings, from nonprofits to government agencies to educational institutions, some of them self-employed or on a part-time schedule. When returning to a traditional career track, men and women had markedly different experiences. The men resumed movement up the corporate ladder, increasing their salaries and attaining career satisfaction at levels comparable to those for men who never left. The women—no more or less likely to take off-track jobs—didn’t fare as well as the men. In fact, they advanced less than women who had stayed in business the entire time.

Mulcahy proposed a simple test for companies to see if they have systemic bias. “Take the résumés of the last 100 people hired, remove the names, do an assessment of where the hires should be positioned, and compare that with where they were placed.”

After starting out behind, women don’t catch up. Men move further up the career ladder—and they move faster. In our study, the only women who advanced at an equal pace were those who began their post-MBA careers at middle management or above—and not many did. Only about 10% started at those levels, compared with 19% of men.

“Does this reflect the presumption that men are qualified and ready but women have to prove themselves first?” asks Bloomberg chief marketing officer Maureen A. McGuire. (More research will be needed to truly answer her question.) She adds: “Companies need to make sure they’re placing managers based on qualifications, not presumptions.”

Can we attribute men’s disproportionate advancement to early managerial assignments? No. Although it’s true that people who have managed others reached higher levels, the women and men in our study were equally likely at every career stage to have had direct reports.

We think that gender difference in advancement may reflect another problem altogether: bad first bosses.

Why They Changed Jobs

Why They Changed Jobs

And so we circle back to those fate-sealing first jobs. A quarter of the women in our study left their first job because of a difficult manager—nearly as many as those who moved on for more money (26%) or for a career change (27%). Only 16% of the men left because of a difficult manager. Of course, these results suggest that women and men may be treated differently by their first managers.

“That first landing spot—whether you get coached, developed, and mentored or you get a bad manager—casts the die.”

Once again, early-career success is proving to be crucial. “It’s very important who your first or second supervisor is,” says Rick Waugh, president and CEO of Scotiabank, another research sponsor. “Many times, that determines whether you’re going to stay with that organization and how far you’re going to advance. That first landing spot—whether you get coached, developed, and mentored or you get a bad manager—casts the die. Companies need to put more emphasis on manager–direct report relationships in that first job.”

Men at all managerial levels had significantly higher career satisfaction than women. On average, 37% of men indicated they were very satisfied with their overall advancement, compared with 30% of women. Only at the entry level was there no difference between men and women.

Women reported lower first salaries than men, and that can’t be neatly blamed on the fact that they started at lower levels. Controlling for job levels and industry, we still found that women made, on average, $4,600 less in their initial positions. Gender differences in starting salary were compounded by gender differences in salary growth.

Research shows that diverse talent supports innovation and business success, yet organizations underutilize and undervalue their highest-potential female talent. Given the commonly held misperception that the talent pipeline is robust, companies are at risk of allowing complacency to inhibit their competitive advantage. While progress has been made in many firms, more work clearly needs to be done. Even among the best and brightest managers, gender equality has yet to be attained. Despite genuine efforts to ensure fairness, some businesses may be inadvertently overlooking bias that creeps in at initial job placement. Others may underestimate early managers’ impact on employees’ career trajectories. And others may have neglected the topic of gender equality in recent years, considering it an issue of the past. Our research should indeed be a wake-up call, and organizations need to answer it with renewed efforts to combat systemic gender inequity. Not soon, but now

Why Men Still Get More Promotions Than Women 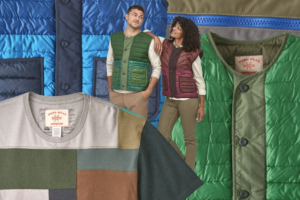 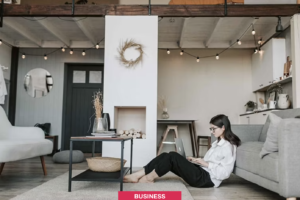 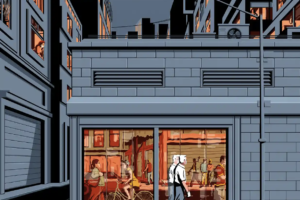 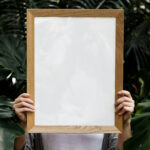 Mimi Lamote on Values and Priorities 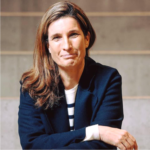 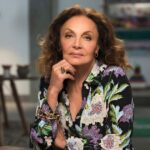 Our top 5 most inspiring women in the Fashion Industry